• “Merck More than a Mother” engages policy makers, healthcare providers and media to define interventions to raise awareness about infertility prevention and management

New York, USA, March 18, 2016 – Merck, a leading science and technology company, today through “Merck More than a Mother”, in partnership with African Fertility Society, African Alliance for Women Empowerment (AFRAWE), and International Federation of Business and Professional Women (BPW), marked the 60th Session of the Commission on the Status of Women- CSW60 with the theme ‘fighting violence against women and girls’.
Through the “Merck More than a Mother” initiative, women leaders and parliamentarians, Africa Fertility Society, ministers of gender, healthcare providers and media were invited to define interventions to raise awareness about infertility prevention and management. They sought to build fertility care capacity, support government to improve access to regulated, safe and effective fertility care, decrease the social suffering and stigmatization of infertile women and fertility at large in order to achieve a systemic shift in the current culture of gender discrimination in the context of fertility care in African societies. During the event, they announced the start of a new initiative as part of “Merck More than a Mother” called ‘Empowering Berna’. Berna Amullen is a Ugandan woman who suffers from infertility as a result of an untreated sexually transmitted disease (STD). Berna was diagnosed too late to be given proper treatment and she lost the hope of being a mother and leading a happy life.

“There are many cases like Berna’s out there and we cannot just leave them to suffer alone without any hope of a happy and independent life. We all have to believe that women are more than mothers,” Rasha Kelej, Chief Social Officer of Merck Healthcare and Chair of Women Health at AFRAWE emphasized. “Therefore the ‘Empowering Berna’ initiative aims to empower underprivileged infertile women who can no longer be treated. The initiative will help them to establish their own small business and build independent lives” Kelej added. “It is very important to empower infertile women by providing treatment so they can bear children as part of their human rights. In case they can no longer be treated, we are in partnership with Merck to empower and train them to establish their own small business so that they can be independent and re-build their own lives, a woman is more than a mother, ‘Empowering Berna’ initiative will prove this every day,” mentioned Dr. Amani Asfour, President of AFRAWE.

“We will partner with “Merck More than a Mother” campaign to empower infertile women socially and economically through changing of mindsets and negative cultural aspects, elimination of violence against women and improving access to healthcare information and education,” said H.E. Julia Duncan-Cassell, Liberia Minister for Gender during the event. During the event, Malawi Minister for Gender, Children, Disability and Social Welfare, H.E. Hon. Patricia Anne Kaliati highlighted: “We should partner with other ministers in health, education and economy to change our policies and regulation to empower our women by improving their access to information, knowledge and through capacity building to start their own business. Thus, they will be independent and able to contribute to our local and global economy. This is the only way they can comprehend their rights, roles and responsibilities and be more than mothers.”
H.E. Hon. Sarah Opendi, Uganda Minister of State for Health said: “We are happy to partner with reputable and innovative companies such as Merck. We believe that “Merck More than a Mother” campaign addresses a very sensitive topic for the first time in Africa; we all know it is there but no one wants to talk about it. This initiative will help to empower infertile women by improving access to information and change in the culture and mindset.”
All partners agreed on an affirmative action – creating awareness about male infertility, infertility prevention and management integration in the existing healthcare infrastructure such as HIV prevention, mother and child, family planning and maternity health programs. “Moreover, also pushing bills that regulate fertility care such as the Assisted Reproductive Technique – (ART) bill that has been approved by the National Assembly of Kenya,” states Hon. Joyce Lay, Member of Parliament and -Merck More than a Mother- Ambassador of Kenya. 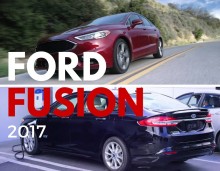