On Tuesday, January 12th, 2016 Columbia Entrepreneurship, the Eugene Lang Center at Columbia Business School and Columbia Technology Ventures sponsored an event that examined the rise of NYC as a Tech Startup Ecosystem.
The current state of New York City’s burgeoning entrepreneurship ecosystem is widely considered a modern marvel. From the ashes of the dot com bust and the financial collapse of 2008 NYC has risen to become a vibrant, thriving, and profitable City of Tomorrow. Google and Twitter got the memo. Accelerators and co-working spaces have sprouted up across the five boroughs. About once a week a new VC firm sets up shop to tap the energy on the ground.
How much of this success can be traced back to Mayor Bloomberg’s master plan? How has this progress evolved under Mayor de Blasio? How has the NYC story matched or diverged from other startup hotspots like The Valley, Boston and Tel Aviv? What might we see emerge in the years ahead?
Recently named Columbia University Senior Fellow for Entrepreneurship, Steve Blank is a retired eight-time serial entrepreneur-turned-educator and author. He has changed how startups are built and how entrepreneurship is taught around the globe.
Maria G. Gotsch is President and Chief Executive Officer of the Partnership Fund for New York City (www.pfnyc.org), which is the investment arm of the Partnership for New York City. The Fund, which has raised over $100 million, has built a network of top experts from the investment and corporate communities who help identify and support New York City’s most promising entrepreneurs in both the for-profit and non-for profit sectors.
Maria Torres-Springer is the President and CEO of the New York City Economic Development Corporation (NYCEDC) and leads their efforts to make NYC the global model for inclusive innovation and economic growth, fueled by the diversity of its people and businesses. Her focus is on growing the vital sectors of the city’s economy while creating real opportunity for all New Yorkers. 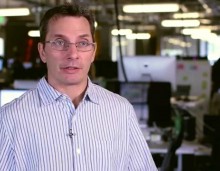