A supercar (also known as exotic car) is a very expensive and high-performance sports car or grand tourer.[1][2] Supercars are marketed by automakers as unusual and include limited production specials from an “elite” automaker, standard-looking cars modified for power and performance, as well as models that appeal to enthusiasts from smaller manufacturers.[3]

“Supercar” is also a label custom car retrofitters reserve for their showcase, one-of-a-kind project vehicles; typically these are very extensively modified collectible muscle cars, sports cars or grand touring automobiles updated to the very latest “streetable” racing technology.[4][5]
http://en.wikipedia.org/wiki/Supercar
The Rolls-Royce Dawn has been named 2016 ‘Design of the Year’ by Robb Report in its inaugural Cars of the Year awards, just weeks after the new convertible received global acclaim during its international launch in Cape Town, South Africa.

Torsten Müller-Ötvös, Chief Executive Officer, Rolls-Royce Motor Cars, commented, “Dawn’s styling is sensuous yet contemporary – it represents the most glamorous expression of Rolls-Royce luxury. Dawn’s sleek and powerful design appeals to a younger group of discerning customers. To be recognised by a true arbiter of luxury like Robb Report for this new model’s aesthetic is an important accolade, and one which is truly gratifying to everyone concerned with the car’s design and development.”

The fourth distinctive model in the Rolls-Royce Motor Cars family, Dawn is powered by an effortlessly smooth 6.6-litre twin-turbocharged V12 engine and features a multi-layer foldaway fabric roof that, when in place, makes Dawn the world’s quietest convertible car. Addressing the desires of a significantly younger customer base, Dawn offers striking and assertive styling, timeless refinement and is the most social car the marque has ever produced.
https://www.press.rolls-roycemotorcars.com/rolls-royce-motor-cars-pressclub/article/detail/T0259382EN/rolls-royce-dawn-named-design-of-the-year%E2%80%99-by-robb-report

The Rolls-Royce Dawn is a 4 seat convertible made by Rolls-Royce Motor Cars. It was announced in time for the 2015 Frankfurt Motor Show.[1][2] 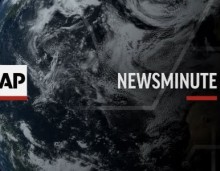 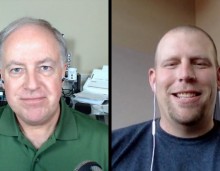 MacVoices #15171: Jason Wudi on How JAMF’s Casper Suite Is Ready for iOS 9