The Rolls-Royce Phantom Limelight Collection has been conceived for that select group of people who spend their lives in the public eye and on the world stage. Its name was inspired by the origin of a British invention which became synonymous with fame. The limelight effect was originally discovered in the 1820s by Sir Goldsworthy Gurney, a prototypical British gentleman scientist and inventor of the Victorian era. It was harnessed to revolutionise illumination in the theatres of London’s Covent Garden, highlighting leading actors on the stage, thus leading to the phrase, ‘in the limelight’.

“In creating the Rolls-Royce Phantom Limelight Collection, our designers have delivered authentic luxury by thinking deeply about the lifestyles of the powerful people who operate in the public eye and move swiftly from engagement to engagement as part of their daily life,” explains Torsten Müller-Ötvös, Chief Executive Officer of Rolls-Royce Motor Cars. “The result is a beautiful, discreet motor car in which those for whom the world is waiting can prepare, relax and arrive in the finest luxury and style.”
The Rolls-Royce Phantom Coupé is a British handmade (except chassis) luxury car manufactured by Rolls-Royce Motor Cars that debuted at the 2008 Geneva International Auto Show in Geneva, Switzerland, on 6 March 2008.[1] The platform is based on the 2003 Rolls-Royce Phantom and has styling heavily derived from the Rolls-Royce 100EX, a concept car unveiled to celebrate the company’s centennial in 2004.[2] Its interior includes leather and wood veneer. There is a button to close the “coach doors” (suicide doors). The Phantom Coupe has the same 6.75 litre V12 as found in the other Phantom models, developing 338 kW (453 bhp) of power and 720 N·m (531 lb·ft) of torque.[3]
The Phantom Coupé is powered by a 6.75 L V12, producing 459 PS (338 kW; 453 hp), 531 pound-feet of torque—with nearly 400 lb-ft, or 75 percent, available at just 1,000 rpm—and has segment-leading fuel economy thanks to modern technology such as direct injection and variable valve and camshaft control.[4] The car features reverse-opening power-closing doors, adaptive suspension with automatic four-corner leveling, 21-inch alloy wheels, a 15-speaker 420 watt sound system with navigation, and a handcrafted interior with flawless leather trim and a choice of wood veneers. The “picnic” trunk provides a seating platform for two and offers easy access to the luggage compartment. Optional equipment includes front and rear parking cameras and a wide array of paint colors and interior trim material choices. A unique option is a full-length “starlight” headliner, which incorporates hundreds of tiny fibre optics to give the impression of a star-filled night sky.[5]
Performance
The Phantom Coupé is capable of accelerating from 0-60 mph (0–97 km/h) in 5.8 seconds and has a top speed of 155 mph (249 km/h), with a fuel consumption in combined cycle (ECE+EUDC) of 16 L/100 km (18 mpg-imp; 15 mpg-US) while producing 377g/km of CO2.[6]
Reception
The Phantom Coupé has received mostly positive reviews from critics. The British television show Top Gear rated the car 9/10 for performance, 10/10 for quality, 9/10 for design, but criticised its high cost.[7]
https://en.wikipedia.org/wiki/Rolls-Royce_Phantom_Coup%C3%A9 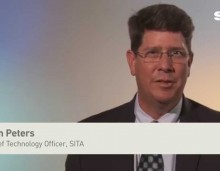 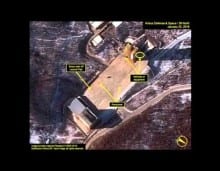