Sussex Police has been recognised as ‘good’ across the board following the most comprehensive assessment of the force ever conducted by HM Inspectorate of Constabulary (HMIC).

It looked in detail at the effectiveness, efficiency and legitimacy with which Sussex Police keeps people safe and reduces crime and was ‘very pleased’ with its performance.

Chief Constable Giles York said: “I am delighted that Sussex Police’s service is assessed as ‘good’ in this overall assessment of the year. I am particularly pleased that Her Majesty’s Chief Inspector of Constabulary Sir Tom Winsor’s State of Policing report for 2015 ranks us one of only five forces that achieved ‘good or outstanding’ in all core PEEL inspection areas.

This is down to the hard work by so many of our staff who, under really challenging operational and strategic change pressures, put the effort into improving the service we provide. We will consider Sir Tom’s report and consult with National Police Chiefs’ Council colleagues in an effort to achieve continuous improvements in the police service. ”

The 2015 PEEL assessment concluded that Sussex Police has a clear commitment to preventing crime and anti-social behaviour with a good understanding of the demands it faces.
HMI Zoe Billingham said: “I am impressed with the force’s continuing work with others to keep people safe, including protecting victims and the most vulnerable people.”
She highlighted that the force is good at:

– supporting vulnerable victims and has clear processes to identify them at an early stage.
– the quality of crime investigations.
– stopping re-offending
– tackling serious and organised crime
– communicating with its communities, particularly through effective use of social media.

She added: “The ethical culture, with a commitment to the wellbeing of the workforce in Sussex Police, is a testament to the strong and visible leadership provided by the chief officer team. In the year ahead I will be particularly interested to see developments in how the force introduces its new local policing.”

Mr York said: “The results of the PEEL assessment are testament to the hard work of the officers, staff and volunteers who work to protect vulnerable people, prevent crime and catch criminals. It means the public of Sussex can be reassured that we are there when people need us most, operating with transparency and in an ethical way. This is also testament to the support we get from the public every day in stepping forward to do the right thing and understanding the challenging decisions we have to make. I am proud to lead this force and look forward to introducing significant changes over the next few years, with a new Local Policing Model, the provision of an even better service to victims of sexual offences and the introduction of new technology to tackle on-line crime, including that which exploits young people.”

She said: “Sussex residents will be pleased to hear that their police force is committed to preventing crime and anti-social behaviour, is good at investigating crime and also good at supporting vulnerable victims.

“I welcome HMIC’s recognition of the leadership qualities of senior officers who have set clear aims and direction for the force, including understanding and preparing for future demand on its services.

“HMIC praised the ethical and open culture and focus on work-life balance, and also highlighted the improvements in performance management.

“I am particularly pleased that HMIC commented on the strength of community relations and current neighbourhood policing, and commented favourably that Sussex Police is well prepared to implement the new Local Policing Model.” 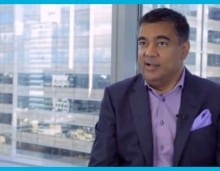