The United States has seen increased activity around a North Korean missile site, suggesting preparations for a possible space launch in the near future, U.S. officials told Reuters on Thursday (January 28).

The finding was revealed as Washington shows growing concern that Pyongyang could use space technology to enhance its missile capability and while United Nations Security Council members discuss fresh sanctions against North Korea after it conducted its fourth nuclear test on Jan. 6.

The officials cited intelligence suggesting movement of components and propellant at North Korea’s Sohae satellite launch facility. A test could take place within a couple of weeks, they said.

“Our concern though is … it’s the same technology to develop ICBMs” (inter-continental ballistic missiles), one of the officials said.

Movement of vehicles, construction and other activities suggested test preparations. North Korea could test a rocket engine alone or as part of rocket launch, Bermudez said.

He said North Korea was concealing activities on the site – a new cover obscures satellite views of the gantry tower next to the launch pad.

“This is the first time leading up to a potential launch that all the concealment shelters are in place,” said Stephen Wood, chief executive officer of AllSource.

An analysis by 38 North, a North Korea monitoring project at Johns Hopkins University’s School of Advanced International Studies, said the cover near the gantry tower could conceal a rocket, and a rail-mounted shelter has been moved adjacent to the engine-test stand on the site.

The shelter could allow for rocket stages to be assembled and moved to the tower under cover of darkness of heavy clouds, 38 North found. It is large enough to conceal the first stage of North Korea’s Musudan intermediate range ballistic missile, its Unha space-launch vehicle, or a new rocket engine.

The analysis said commercial satellite images, taken as a series of “snapshots” from Dec. 28 to Jan. 25, showed “low-level activities” throughout the Sohae Rocket Launch Facility.

North Korea last conducted a long-range rocket launch in late 2012, sending an object it described as a communications satellite into orbit. Western and Asian experts said it was part of an effort to build an ICBM.

North Korea has not yet warned about potential interference with navigation, a step it has taken ahead of previous launches, he said.

U.S. Secretary of State John Kerry during a trip to China this week warned against North Korean leader Kim Jong Un’s declared intention to develop an ICBM with the capacity to carry a nuclear warhead.

“It is a threat the United States must take extremely seriously,” Kerry told reporters in Beijing on Wednesday.

“The United States will do what is necessary to protect people in our country and our friends and allies in the world,” Kerry said.

The U.S. Missile Defense Agency was slated to carry out a test of ground-based interceptors at Vandenberg Air Force Base in California later Thursday. The test is aimed at improving the reliability of U.S. interceptors based in Alaska and California after recent technical challenges.

The U.S. military is adding 14 interceptors to the 30 already in place, and defense advocates have called for increasing the number of interceptors. 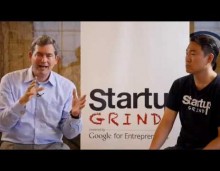 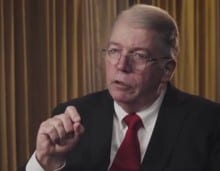